Massive well done to Fieldhouse, Sharon (GBR) who completed her first marathon today in unusually hot conditions at the Munich Marathon.  Sharon finished in 1538th place with a time of 5:31:14.

This was a massive step up for Sharon who looking on power of 10 only done 1 half marathon and the Belper 30k (as well as a number of 5k and 10k races), congratulations! 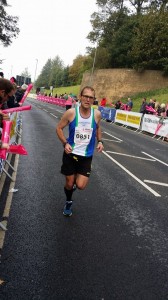 Stuart said “York Marathon. Been following the plan for 14 weeks. Long hard training sessions, but paid off today. Was not at all convinced that I could do it in the predicted time; but supprised myself with a time of 03:13:49. Thanks to David Tune for setting the plan, Joanne Goodier my training partner for the last 8 weeks. The support round the whole course was fantastic, made me smile when we came past a group playing bagpipes. James Smith was a cheery sight at 18 miles as was Chris Pye at 24 miles – thanks guys. Anyone for Manchester?”

Joanne said “Debut marathon 3.25 in York! Was lucky to finish as struggled with hip flexors from 18 miles to finish absolute agony. Everything else was fine..so I know there’s more in the tank. Thanks to lots of peoples advice along the journey I’ve achieved a lifetime ambition. At least it means my hubby has to tie my shoe laces for next few days..I can’t bend! Until next time…see ya xx”

Glynn said “Well pleased with that today chiptime of 3:53:48 at todays Yorkshire marathon. Well done also to Stuart Bartley,Joanne Goodier,& Simon Hunter too , to name a few. Well done to everyone else I haven’t mentioned”

Adam said “Really pleased to have run 2:55:41 at the Yorkshire Marathon today. Thanks to everyone for their comments and shouts. The training group for dragging me around the track. Big thanks to Lisa Brailsford and the kids for getting up so early. James Smith, that gel was much appreciated, and David Tune for all the advice and support (lactate training payed off). “

Doncaster AC had 2 and a half teams at this tough off road marathon:

3rd mixed pair to finish were Jayne Baldwin and Garry Davy in 99:37.

Great running by all our athletes! 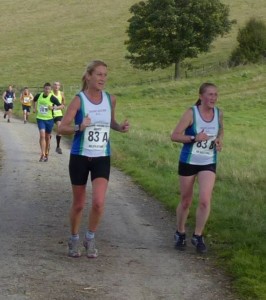 To many PB’s to list, great running everyone and what a turnout for the club!

Great to see our young athletes doing so well!

At Scunthorpe, Jonathan FRARY ran a big PB of 37 seconds finishing in first place with a time of 17:27!  222 runners took part.

At Doncaster, first home for DAC was Maurice RODWELL finishing in second place overall (just missing out on 1st by 2 seconds).  First lady home for DAC was Karey MILES who was 2nd lady to finish.

Mo and Dave Evans were the highest age graded athletes to finish at Doncaster.

Welcome to first timer Liz Seaton, Liz is one of our new pacers and she is doing great.

Scarborough 10k – Results not available at time of writing

Cross Country – Results not available at time of writing

Some races to enter

If you want any news / results including on this weekly update please email it to Martin James, thanks