Doncaster AC is pleased to be hosting our usual races again this year, the entries for the Sandall Beat 10k, Town Centre 5k and Cusworth 10k are now open as well as our Spring Open Meeting.

The Yorkshire Veterens’ AA cross country is being hosted by us on 5 Match 2016 at Campsall Country Park. If you want to take part please advise Martin James – it is £5 to enter. Closing date is 27 February 2016. 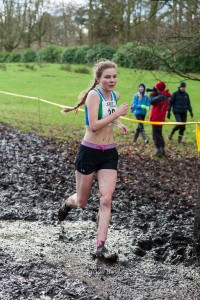 Conditions were tough from the start of the first race with muddy water logged ground, strong winds and the temperature not much above zero, the mud made the course very difficult to run on.  The U17 women’s race was off first with Molly Butterworth representing Doncaster AC.

Next up for Doncaster AC was George Westerman in the U15 boys race.

168 athletes took part, the winning time was 14:35 by Josh Cowperthwaite of Middlesbrough AC.  George finished in 79th place with a time of 16:46. 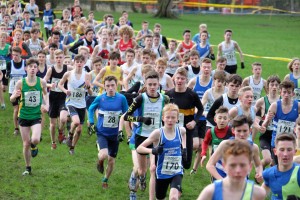 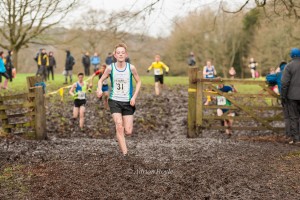 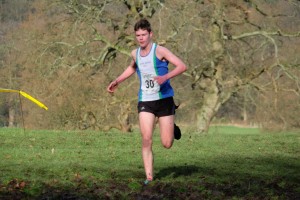 The ladies race had a hail storm and the ground was totally churned up by now.  The race had 358 runners in it and the winning time was 30:21 by Claire Duck of Leeds City AC.  Rose James finished in 207th place, with a time of 43:41.

The final race was the men’s race, three very reluctant DAC runners made it to the start line to run 12km of mud, hail, wind and freezing temperatures.  We also had an additional hill to tackle, saved just for the senior men, the course profile is shown below. 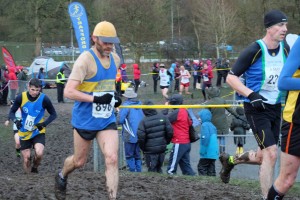 Well done to Rosemary ARMSTRONG who completed her 50th parkrun.  First lady (and first DAC) athlete to finish at Doncaster was Nicola DEVINE.