We are delighted to announce that Aiden Davies and Coach Bruce Bewley have been selected for the GB & NI Athletic Team, that will be competing in the Combined Events International Indoor match at Sheffield EIS on 25/26 Jan. 2014 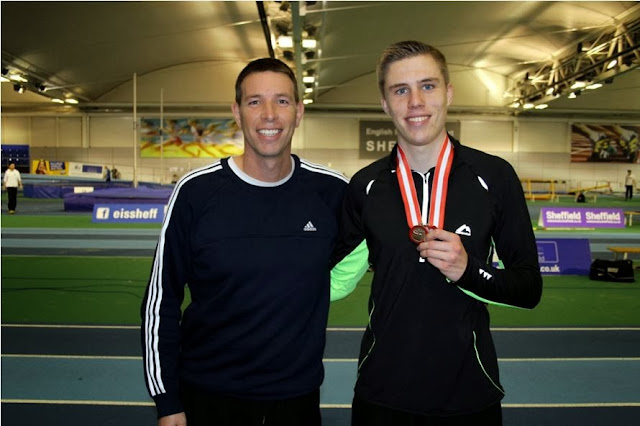 Aiden will be one of the 20-strong British team that will face the Czech Republic, France, the Netherlands and Spain in the senior events with the junior and under 23 teams going up against Spain and France.

The team will be lead by Commonwealth Games qualified Decathlete, Ashley Bryant and Aiden is one of the three selected Junior men, after qualifying by finishing in Bronze medal position at last weekend’s National CE Championships.

Bruce Bewley has been selected as one of Toni Minichiello’s coaching  team, responsible for the U20 Men.

This is truly an honour, for Aiden and Bruce (and for Doncaster Athletics Club, for that matter) and if anyone wants to come over to the EIS to fly the Union Flag and cheer Aiden on, their support would be most welcome.