Doncaster AC junior athlete Nicole Lannie was in amazing form at the Northern indoor championships. Her first event was the high jump and was the reigning last years champion. Nicole cleared all her open heights and set a new championship best of 1.38m, then cleared 1.41m to record another championship best, she just missed out on 1.44, but was the outright winner to secure the gold medal position. Nicole had to wait for over two hours before the long jump started, she open up her account with a 4.48m jump and led into the final eight, her 4th round jump was 4.56m, then jumped 4.60 and 4.59m in her final jump, all well clear of the last years championship best. Having just completed her last jump, it was straight to the heats of the 60m and in her heat set a new pb time of 8.62s, in the semi final Nicole recorded yet another pb with a time of 8.58s and in the final she finished runner up and the silver medal to add to her two gold medals. 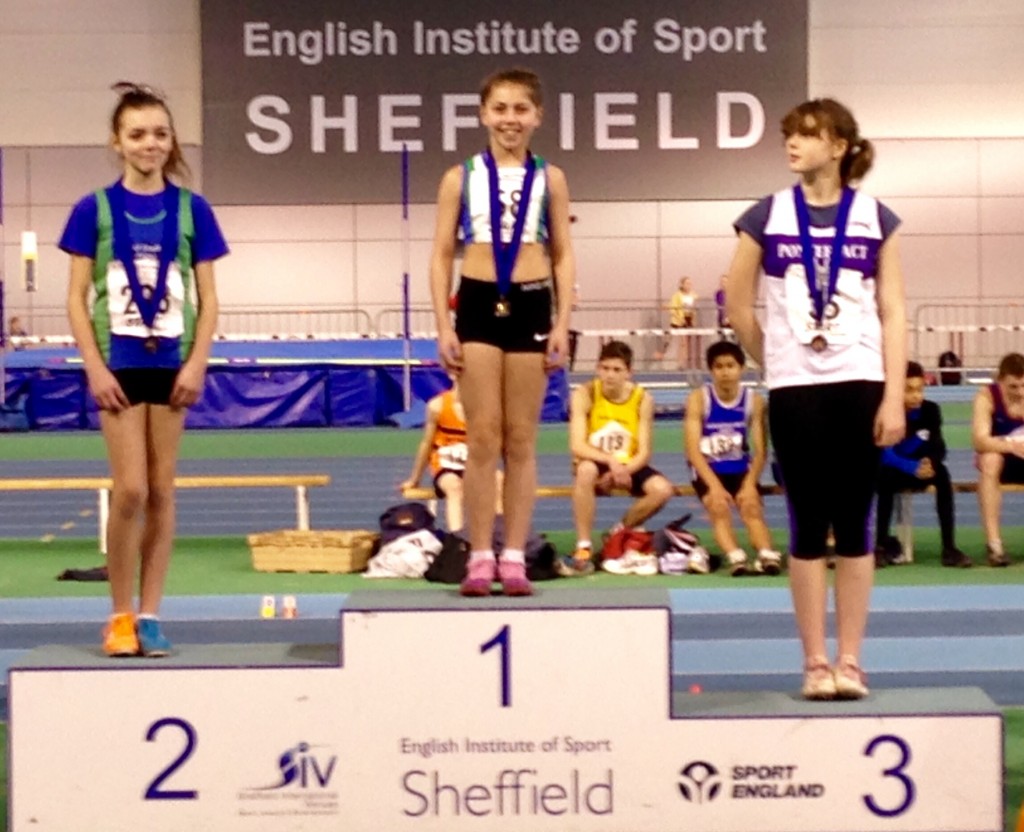